Want to learn about the affects of Climate Change?

From the damage wrought by Hurricane Sandy to the upheaval caused by drought in the Middle East, the groundbreaking documentary series, Years of Living Dangerously, provides first-hand reports on those affected by, and seeking solutions to, climate change. The episodes feature celebrity investigators, who each have a history of environmental activism, and well-known journalists, each of whom have a background in environmental reportage. These "correspondents" travel to areas around the world and throughout the U.S. affected by global warming to interview experts and ordinary people affected by, and seeking solutions to, the impacts of climate change.

The Emmy Award winning (2014) Showtime television series will be shown on Sunday afternoons at 3:00 p.m., facilitated by Carlene Roberts and Tom Uphaus. We will explore the second three (of nine) segments as follows: [The final three parts will be shown in April]

Jan. 10 ~ Episode 4, "Ice & Brimstone" : Ian Somerhalder follows Anna Jane Joyner, the daughter of prominent Evangelical preacher, Rick Joyner, as she works to persuade congregations and preachers in North Carolina (including her skeptical father) to join the Evangelical fight against global warming and the Beyond Coal campaign to shut down a coalfired power plant. Lesley Stahl visits Greenland to investigate the effects of global warming in the Arctic on global sea levels and the rush to develop oil and gas reserves there. Stahl meets with U.S. Secretary of State John Kerry, who has called climate change "perhaps the world's most fearsome weapon of mass destruction".

Jan. 17 ~ Episode 5, "True Colors": Olivia Munn learns about ocean acidification and the proposed West Coast coal export terminals that would nearly double US coal exports. She follows the governor of the State of Washington, Jay Inslee, as he makes the fight against global warming a top priority in his first year in office. Columnist Mark Bittman of The New York Times follows up on the post-Hurricane Sandy rebuilding story, the global rise in sea level, and what is being done to better prepare the East coast for storms and surges. He examines the Dutch system of flood management and concludes that, in New Jersey, rebuilding so close to the ocean is environmentally and financially unsustainable.

Jan. 24 ~ "Winds of Change": America Ferrera reports on how public policy has supported the growth of wind and solar power in Kansas, and how oil and gas companies, with lobbyists and allies like the Heartland Institute and the American Legislative Exchange Council (ALEC) oppose these policies. Meanwhile, Mark Bittman discovers that extracting natural gas through fracking delays our transition to renewable energy and that fracking wells leak a large amount of methane, a powerful greenhouse gas, which makes fracked natural gas as dirty as, or dirtier than, burning coal.

Popular posts from this blog

This festival always offers something for the owl lover in all of us, even those who aren’t really birders. From a banquet, owl prowls, serious science and many family activities, there’s sure to be something this weekend for even the most discerning of folks. This international event grew from a small town celebration of Alice’s “Hatch Day” into one that grows with each passing year.In addition, if you’d like to get out and prowl for owls with the experts, they are hosting monthly Owl Prowls.

November 16, 6:00 PMDecember 31 6:00 PM The Owl Center is also offering pellet dissection opportunities with admission to the Owl Center on November 23 and December 14. This would be a great way to enjoy time with your children, grandkids or really, anyone young at heart, while introducing them to a closer look at life as an owl.
Shake the late winter doldrums and enjoy all things owl. For more information, Check the websit…
Read more

Here is a photo of one of our visiting Snowy Owls 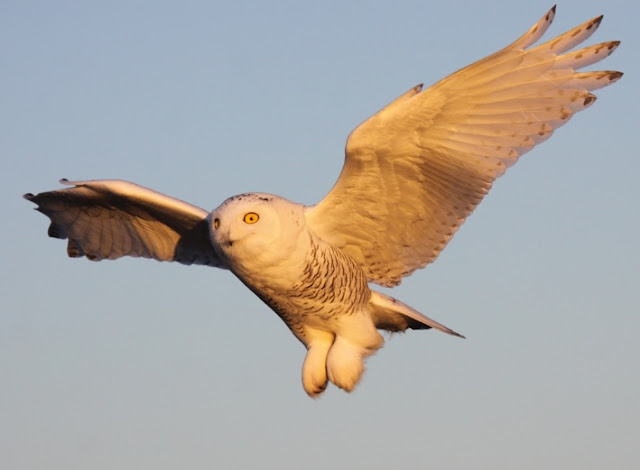 January 3, 2012
Here is a photo of the Snowy Owl near Stoddard taken by Dan Jackson:

We Mourn the Passing of Fred Lesher